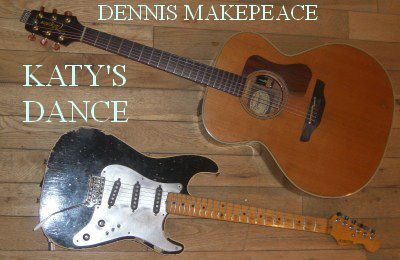 Hi, I am a guitar vocalist,singer songwriter earning a living in clubs/pubs in the North East of England.I try to write songs that people will remember. As long as some Emotion, Happiness, Sadness, Humour, or Thought, has been kindled, then thats great,
I formed DURHAM MUSIC PROJECT, in 1998, and produced a CD of local songwriters called ANYONE OUT THERE , which received fine reviews in many mags, including GUITARIST, and GET RYTHM . I have had airplay in England, Ireland, Australia, and Europe,
My CD ! 'KATY'S DANCE', features a varied collection of instrumentals and songs, Anti- war song, 'THERE'S NO GLORY' was a finalist in the IRISH SONG CONTEST FOR PEACE,
KATY'S DANCE is available on Amazon
I would love my songs to be covered, and my tunes used in tv, and films!
so to all you muso's out there!

Thanks to all for my Broadjam number 1 in the contemporary folk charts,and to those who voted for my winning entries (hooray!), 'THERE'S NO GLORY' in the December folk song contest,and 'SUSIE' winner of another monthly contest.
Writing new songs is a priority at present

Esh Winning and Bearpark colliery band are doing a version of my instrumental KATYS DANCE,it sounds fantastic, They're a great band.
My new cd 'Katy's dance' is available on AMAZON. Watch this space, it is also available via dennismakepeace@hotmail.co.uk
My first free download is Lakes of Ponchartrain 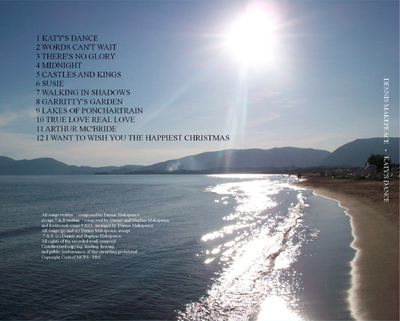 a collection of tunes and songs of many varied styles-hope you like them!